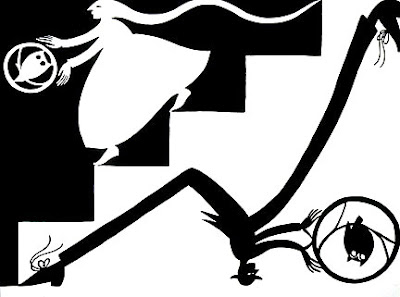 A palindrome is a word, phrase or sentence that reads the same backwards as forwards. For example, the word LEVEL is a palindrome. The shortest palindromic words in English are NUN, EWE and PIP, among others. The longest is REDIVIDER.
Other palindromes are:
Dennis sinned.
Dennis and Edna sinned.
Dennis, Nell, Edna, Leon, Noel and Ellen sinned.
God! A dog!
Sad? I'm Midas.
Step on no pets.
Live not on evil.
Never odd or even.
Pull up if I pull up.
No, it is opposition.
Was it a car or a cat I saw?
A man, a plan, a canal - Panama.
Some men interpret nine memos.
Marge lets Norah see Sharon's telegram.
Doc, note. I dissent. A fast never prevents a fatness. I diet on cod.
An Ancient Christian Palindrome 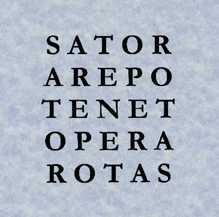 The SATOR-ROTAS palindrome (Sator Arepo tenet opera rotas) is the oldest in the world, discovered in Cirencester, England.
It is a relic of the early Roman period in that area, about 100 AD.
The same palindrome was discovered in Pompeii, off the coast of Italy.
The Latin words are symbolic of the early Christian movement and interpreted as follows:
THE SOWER AREPO HOLDS THE WHEEL WITH CARE
During times of persecution, this palindrome was carved onto the outside walls of buildings and dwellings where Christians lived identifying it as a safe haven. 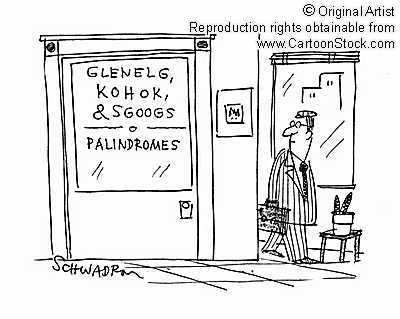